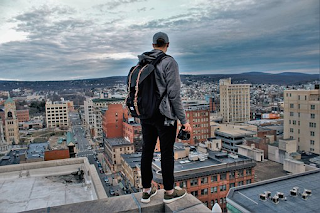 We now have a cohort of Americans born between 1982 and 2004 which we call Millennials, or Generation Y, or the Net Generation – take your pick.  And, if you are one of them, I admit it up front.  The whole purpose of this article is to talk you out of being one.

Now obviously, one cannot alter the reality of their birth date.  But, we can control the brand of silliness that we buy into in this life – or that we choose not to buy into at all.  And, indeed, it is our brand of silliness, or the lack thereof, which more defines us as people than our birthday. And certainly, you don’t really have to be the brightest among us to realize that far too much of this life is, after all, just a bunch of silliness - "silliness" being the stuff which neither belongs to, nor in, the sane reality.

For example, Adolf Hitler decided one day to conquer the world and completely refashion it into his silly fascist mold. And, he stirred a bunch of silly people to help him in that silly endeavor.  But, sanity rejected his silly plan.

Thus, there came the conflict which always comes when silliness seriously conflicts with sanity.  And, after six years of war and 85 million dead, Hitler’s silliness was cast out of the sane reality.  Obviously, Hitler’s brand of silliness was an exorbitantly expensive one.

And then came the silliness of Communist Socialism which has never been successfully employed to raise the quality of life in any society.  In fact, the reverse has always been the case.  Communist Socialism has always drastically lowered the quality of life for any society engulfed in its silliness.  It is estimated that this brand of silliness has already left 100,000,000 dead around the world in its wake.

And now, that brand of Socialism is deceptively morphing into Global Socialism. And, each day, this new form is becoming more militant in its silly social assertions, which absolutely have no place in a sane reality.

So, it becomes pretty silly and pretty circular to conceive of social justice in terms of universal human gratification – while, at the same time, vehemently denying the worth of that basic motive in the individual and the real opportunity to pursue it.  Thus, to attempt to install this dismal social system on a global scale only promises another failure – merely of a more colossal size.   I can tell you right now, sanity will never own this philosophical step child.

Nevertheless, it is this brand of silliness which is now sweeping up naïve Millennials in large numbers in America.  I think it's probably because most of you are just too young and inexperienced to see the inevitable human suffering and bloodbath that is coming if sanity has to, once again, confront this new form of that old silliness.

So, I’m just kinda’ hoping to spare the world this trauma.  And, I would do that by simply trying to convince Millennials, who are, indeed, quickly becoming key players, to take your head out of your hip pocket and start acting like sane, responsible adults instead of immature children.  And, you can start to do that by simply summoning the courage to make a philosophical break with your silly, highly propagandized peer hive, to become a free and individualized thinker.

I know this idea terrifies you, little one.  And, it will have the same effect on your surrounding cohorts.  Only, on them, it will come out looking like incensed anger, if you actually do try to make a break for it.

But, buck up little Padawan learner, you can exist quite well, and even flourish, outside the great hive.  And, if you do find the courage to break free, then I would challenge you to freshly examine your world view - minus all the previous political tutelage.

Try looking at what you think you know without the fear of ostracism from the group as the knife at your throat.  Look again at the issues without silly academia constantly whispering silly seditions in your ear.  Try reviewing your world view in pursuit of real truth instead of mere political and/or groupie correctness.

And, maybe confront yourself a bit, while you’re at it.  Maybe ask some hard questions like, “Am I really well anchored in the more demanding sanity of the larger reality, or have I too much embraced the habit and comfort of the simplistic?”  And, here’s another good one.  “Is my right and wrong based in immutable principles or a constantly changing momentary expedient?”

And, here’s a great one.  “Does my guiding cause, ultimately bring me to the militant oppression of others or to a respectful persuasion approach?”  Or, said another way, “Is my default approach to effecting change in my world to oppress others or to inspire them?”  And finally, consider this one.  Ask yourself, “Who actually gave me the right to intrude on the harmless peace of others, who find their present life-circumstance meaningful and fulfilling - as it is.”

If previous assaulters of the world’s peace had asked and answered such telling questions before they unleashed their world-devastating silliness, perhaps so many innocents would not have died.  And maybe the world would have known more enduring periods of peace.

These things will free you from that silly Millennial caricature which now goes for your generational portrait.  I can think of few worse fates, dear Millennial, than to actually ultimately fulfill that silly caricature in your own precious life.
Posted by Larry Burnett at 6:04 AM