The Foolishness Of Freedom 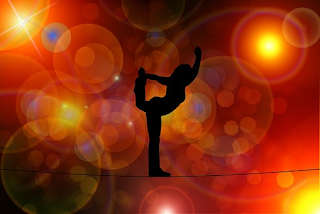 Consider the voice of oppressive governance. It is the voice of czars, and kings, and emperors, and tribal chiefs, and despots of every kind.

Many of them have died among the previous pages of history. But their voices still echo across those pages to join such voices in the present to question and detract American ideals. And from those voices, one thing is clear. They all failed to understand the grandeur that flows from empowering people instead of oppressing them. So, this is what they all might say of America, "America, you are such a fool!"

"You believe in basic human equality. And because you do, your lowest becomes eligible for your highest offices of power. No one is restrained from intruding across class lines. All may participate in the civil franchise. How, can you run a country in such a way - and still control the outcome?"

"America, you do not suppress speech. And because you do not, your national conversation becomes an unwieldy dialog of immense dimension. Every sort of citizen has input. How can you fail to control the flow of opinion and information - and still control the outcome?"

"America, you allow your press to intrude upon and challenge public officials. Because you do this, the state is threatened, high officers are exposed, and the agenda of the state remains constantly subject to public scrutiny. This does not allow the state to operate "efficiently." How can you possibly grant such exposure - and still control the outcome?"

"America, you allow your citizens the vote. Do you not understand that this means they ultimately hold the power. Do you not know that the state then becomes subject to the masses, instead of the reverse. How is it that you believe you can invest the citizens with this great power- and still control the outcome?"

"America, you allow your citizens to amass private wealth. In allowing them to do so, they become confident, and influential, and in many ways uncontrollable. Do you not understand this danger. How can you allow the threat of personal wealth - and still control the outcome?"

"America, you allow your citizens unlimited freedom of movement. As a result they are exposed to other cultures, they consort with people of differing viewpoints, they are able to elude state scrutiny. Surely you see the inherent liability. How can you give such freedom of unaccounted movement - and still control the outcome?"

"America, you allow your people to practice religious choice. Do you not understand that this creates diversity among the citizens. It diminishes order and commonness. Such choice may set them against each other, or worse, against the state, or the god of the state. How can you allow such choice - and still control the outcome."

The criticisms of the despots are telling. Their insecurity denotes an ignorance regarding the human destiny, which Americans have  known and embraced from our beginning.  It is this.  Each man owns his own destiny as a gift from God. No one - no king, no prince, no despot of any kind has any title or claim to it.

America did not invent this idea. But, America has certainly given reality to it as no other nation on earth. And, every day she confirms this principal in the best possible way - in the liberties of her every citizen.

And, America has proven herself to be the nation most willing to risk the implications of this idea. Every day, we risk what our citizens will lawfully do, where they will collectively take us as a nation. We risk their whims, what they will say, and what new things they will devise - both good and bad.

We risk their equal access to power, the influence of wealth or position. In fact, in America, we are not just willing to risk the swift current of our individual, and in turn, our collective destiny. In fact, we embrace that doing with some passion.

This unwieldy risk is the very thing that the despots of history have never been willing to take. But, in America, we do not control the outcome, we do, indeed, risk it - under God.

Every day, when the sun comes up on this matchless, and magical, and God blessed land - every lawful thing is in play. It's what we call - Freedom.
Posted by Larry Burnett at 8:15 PM