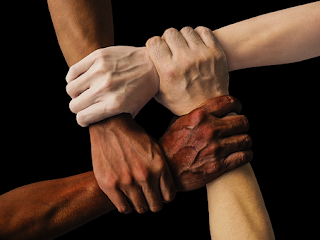 I am 65 years old. And here is the America I knew before now.

It was an America that had racial resentments. But, it was not an America where government officials actually sought to catalyzed those resentments and use them for political gain. Even in the 60’s when the Civil Rights Movement brought racial tension to a pinnacle, the core interest of the government was to bring the nation together – not racially divide and inflame it. But, that was before now.

And granted, in the former America, there was racial inequality. But, in that America, we righted much of that inequality with more just laws and a true change of national heart on the issues of civil diversity.

And, for a time, in that America, our progress was truly measurable. Our definition of “my neighbor” actually was becoming more broadened. But sadly, that was before now, when we have lost so much ground.

And, in the former America, the Office of the Attorney General was the devoted guardian of the integrity of our laws. It did not summarily dismantle that integrity with grotesque reinterpretations and a pick and choose enforcement style as with the Obama administration.

In former America, we elected presidents who saw the nation’s warts and sought to change them. But, they did not do so by disavowing the character of the nation as a whole and acquiescing to its twisted caricature as some sort of world oppressor.

In that former America, there were the “Have’s” and the “Have Not’s,” as there always will be. But, in that America, we largely rejected the hateful “Cain and Able” notion that the way up is to pull your brother down.

Rather, the former America more widely embraced the idea that hard work and risk taking were the way up. In that America, personal wealth building was thought to be an admirable pursuit and the best means of personal security.

Barack Obama promised to profoundly changed America. Regrettably, I believe he has kept his word. But, I much prefer the “Old America” where we sought to employ the more honest and truly effective processes of trans-formative national enlightenment over political “thuggery.” But, as usual, the Darkness prefers to employ its own familiar means.
Posted by Larry Burnett at 6:05 PM