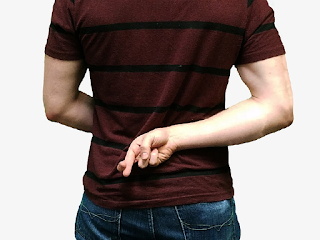 I hope you can bear with me for three or four short paragraphs while I wax a bit abstract. When we look beyond the small panoramas of our daily tedium, we realize that, indeed, the Apostle John had it right. In his writings, he portrays life in terms of Light and Darkness,* and the tension which exists between the two.

Thus, either the divine voice interprets reality to our mind, giving us a true perspective on the circumstances of life. Or, the satanic voice interprets our reality with a deceptive alternative view, so that we no longer see reality correctly - as God sees it.

Alright, I’m done with “waxing.” Now, let’s look at how these ideas play out in the more concrete terms of this American culture.

America, in service to God’s purpose, was raised up by Him for a very specific reason. It was to champion the Gospel of Jesus Christ in the modern world. There are many more facets to America's existence. But, this is God's priority for her.

As the practical means to serve that purpose, God has used American capitalism. And, in the process, He taught the culture to embrace these primary values: personal liberty, personal responsibility, charity, and faith. And from these economic and philosophical threads the Creator has woven the unique fabric of the American culture.

And, though there have been growing pains, glitches, and mistakes along the way, for America’s first two hundred years, this mix has been a winning combination. This blend of elements has, indeed, enabled the nation to accomplish its divine purpose.

It has also made the nation benevolent beyond any other. It has made her ever more just. And, it has made her broadly and wildly affluent.

Thus, America has truly been a bright and shining reflector of God’s light and goodness to all peoples of the modern world. And, bottom line, the Darkness “ain’t” one bit happy about that.

The Darkness, the satanic antithesis to God’s light, has its own designs for America. The intention of the Darkness is to bring down this instrument of divine enlightenment. And it has found willing servants for its plan in the leadership of the Democrat Party and their supporting network of elitists and "sell out" special interest groups.

Under the pretentious banner of “Social Justice,” these servants of the Darkness, whether wittingly or unwittingly, intend to rip apart the good fabric of American life, and reweave it into a much more sinister pattern. Their intention is to use the coarse fibers of Marxist Socialism to do this. This political philosophy necessarily leads to a demanding and intrusive central government, much diminished civil rights, and the micro regulation of citizens and institutions.

The Democrat plan to achieve this transformation of the American culture is really just a simple one-liner. It goes like this. “By whatever means - make every citizen and institution dependent on (and therefore subject to) the central government.”

So, for example, states are made dependent by the money which is returned to them from federal funds for transportation, education, social programs, etc. Business is made beholden to government through contracts, loans, crony capitalism, and bail outs, as well as the need for favorable laws and regulations. Citizens are made dependent on the government through give-away and entitlement programs, government provided medical care, retirement and disability programs, etc.

And on and on it goes, the plan being to eventually engulf all of our citizens and institutions in a similar way. Then, as the number of “federal sucklings” swells to a sufficient level, the harsh intent of these Socialist schemers will emerge as an empowered national tactic - without pretense: “Do as we wish or know the pain of our disapproval.”

The Darkness and the liberal elitists who serve it have every intention of extinguishing the bright light of America by this simple, “sell your soul to us” method. And, they intend to do so while keeping their treachery carefully cloaked under noble sounding rhetoric and the pretext of serving the "higher social conscience.”

But, in truth, the Darkness cares nothing for any moral high ground, social or otherwise. The Darkness cares only about extinguishing the light of God’s love and benevolence. Their real intention is to remake America, and ultimately the world, into a place where only the views of the Darkness shape and rule reality.

Indeed, American politics do not happen in an existential vacuum. As do all other things, they occur, just as John indicated, in the context of this larger struggle between divine Light and satanic Darkness.

And, the vortex of this great conflict draws all of us in, on one side or the other. Be assured, our political affiliations in these days make very clear the true allegiance of our heart and the real destiny of our soul.

May a merciful God dispel the liberal darkness in America before its natural outflows become our just deserts.